Reviewing both classic films and those considered iconic by fans young and old is a daunting task. In the case of Gremlins (1984), not only is it a classic but one of my favorites as well. It really is important to look at it both in a historical way and also how viewers today would see the film. Luckily, in the case of Gremlins, audiences of the 80s and audiences in the 2020s will be entertained by this gem. It was written by Christopher Columbus who had only just come from writing a film called Reckless. Columbus would go on to become one of the writers and directors who shaped the 80s and 90s cinema by writing The Goonies and producing other films such as Jingle All The Way, Bicentennial Man, The first three Harry Potter films, the Percy Jackson series and more. The film was directed by Joe Dante who equally became a staple of films with Explorers, Innerspace, Small Soldiers, and the TV series Eerie, Indiana. =

Based in Kingston Falls, the film opens with the family inventor, Randall Peltzer (Hoyt Axton), on a business trip to San Francisco’s China Town to try and sell one of his inventions to buy his son Billy (Zach Galligan) for Christmas. Not having any luck negotiating with an aged-man (Keye Luke) in a dim Chinese artifact store, he does find a small furry pet called a Mogwai but is told it is not for sale. The man’s grandson ends up selling the Mogwai to Peltzer in secret, explaining there are three rules to keeping the mogwai (and us as we come to find out) safe. First, do not expose it to bright light, especially sunlight which could kill it. Second, never get it wet. Third, and most importantly, never feed it after midnight.

Peltzer returns home to Kingston Falls rather empty-handed except for the Mogwai. Since it isn’t something that can be kept for Christmas, he gives the creature to his son, Billy, and we see the furball he has named Gizmo for the first time. Small, relatively big pointy ears, furry, big eyes, and a playful demeanor. Modern audiences might compare it to a Furby, but this was years and years before that toy was introduced.

We get to know Gizmo through a series of scenes where we see him and Billy reading, snuggling, singing, and getting to know each other. Gizmo is extremely intelligent, even correcting Billy’s note on a keyboard while singing. After a young friend, Pete (Corey Feldman) comes over and wants to hold him, Pete accidentally tips over a glass jar of water causing Gizmo to scream in pain. Five little furballs to pop out and immediately start to grow. When the mist settles, we see five new, but slightly different mogwai have been “born” from just the tiny amount of water. Gizmo is not impressed.

The next day, Billy takes one of the mogwai offspring to his biology teacher Roy (Glynn Turman) who immediately is fascinated. They use a single drop of water to birth another mogwai and eventually conducts experiments. The mogwai is not impressed by Roy sticking him with a needle to take blood samples. Back at home, Billy is winding down the day and checks the clock to make sure it isn’t midnight before he gives the 5 new mogwai some chicken. He later finds them all encased in pods resembling those from Alien and realizes the mogwai unplugged his alarm clock. The mogwai at the school is similarly transforming after stealing a bit of Roy’s sandwich.

Throughout this narrative, there are several subplots being thrown around including the neighborhood witch, Ruby Deagle (Polly Holliday) trying to take Billy’s dog, a rocky relationship with the bank’s young, upcoming associate (Judge Reinhold), a budding romance between Billy and Kate (Phoebe Cates) and a drunken man, Murray (Dick Miller) muttering about gremlins mucking up machinery.

We return to the school to find out just how bad the gremlins can be when teacher Roy is found dead under his desk with the same syringe he used on the mogwai stuck in his rear. After a very short glimpse of what emerges from the cocoon at the school, Billy’s mom (Frances Lee McCain) is the one who gets the first real experiences with the creatures. Now green, scaley, and mean to the point of being dangerous, Billy’s mom manages to kill three of them in scenes that would become cinematic gold: One in the blender/mixer, one with a knife, and one in the microwave. This leaves three gremlins left, two from Gizmo, and then one known as Earl from the school.

Billy tracks down the mogwai known as Stripe to the local YMCA and is horrified when Stripe jumps into the pool, multiplying exponentially. The gremlins terrorize the small town, overtake a bar where Kate works before finally setting in at the local theater. Billy and Kate manage to blow up the theater, destroying all of the gremlins (we think) except Stripe, who manages to get away to a nearby store. Stripe finds a gurgling fountain in the store and we watch in horror as the little bubbles appear on his back ready to birth more gremlins. But Gizmo comes to the rescue and opens a shade in the ceiling, letting the day’s sunshine come in, dissolving Stripe and ending the destruction. The old man from the curiosity shop makes his way to the town and takes the mogwai back, saying they did with the mogwai when his society has done with all of nature’s gifts… they are not ready for the responsibility. But perhaps someday, Billy will be ready and until then, mogwai will be waiting.

Today, when you mention Christopher Columbus and Joe Dante, it creates a sense of nostalgia for everybody who has seen their films since the 1970s. The direction in this film was top-notch, with just the right amount of exposition (through both script and camera), jump cuts, tender pans and zooms, culminating in the chaotic scene at the theater. Unlike modern actors and directors who now have access to computer-generated imagery (CGI) for their characters, Dante used entirely practical effects for the mogwai, gremlins, and their resulting actions. This could only be done through careful planning of the filming as well as editing of the film, which was masterfully done by Tina Hirsch.

The film has had its share of controversial reviews and themes, including that as being insensitive to African Americans as the gremlins devour fried chicken, breakdance, wear sunglasses after dark and spark newsboy caps. In addition, the violence may be offputting to very young children and there is an exposition of Kate about the death of her father while trying to be Santa Claus.

The film spawned a sequel, Gremlins 2: The New Batch and rumors have been circulating about a third Gremlins movie and have been confirmed by Zach Galligan it will be a prequel, not a reboot or sequel. In addition, HBO Max announced in 2019 it would produce an animated series Gremlins: Secrets of the Mogwai for its streaming platform to premiere in 2021.

In terms of Christmas films, or any films for that matter, it is hard to go wrong with Gremlins. From the cute mogwai to the rude and crude Gremlins, it takes us on a fun journey of a “standard” cute Christmas film, turns it on its head, and then brings us back to the beginning where everything is resolved, yet we are left hanging on the last words of Gizmo’s caretaker… maybe someday Billy will be ready. = 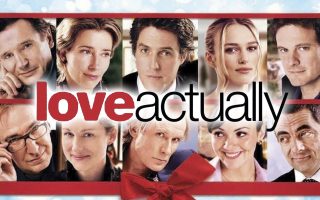